Planning a summer wedding? There’s no better entertainment than games on the lawn – and you don’t have to limit them to croquet!
Your guests will love being outside on a summer afternoon and classic games are a great ice breaker, guaranteed to get friends and family talking, laughing and having the best fun.
We’ve put together our top 10 wedding games – most can be organised without spending vast amounts of money and most can also be played inside if the weather is unkind.
In no particular order, here they are: 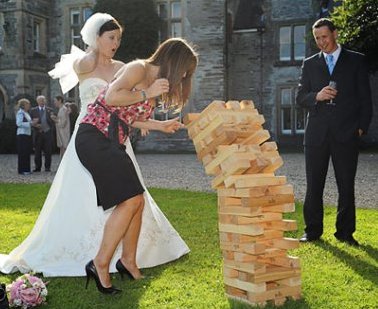 There she goes… giant fun for youngster and grown-ups alike

GIANT JENGA:
Invest in this great game, put it on your gift list or you can even make your own. Then just stack the tower and watch everybody gravitate towards it to make sure they get their turn in before it becomes too unstable! When someone collapses the tower, get them to write their name and a wedding message on the offending block – and that will remind you of your wedding day every time you play the game for years to come. 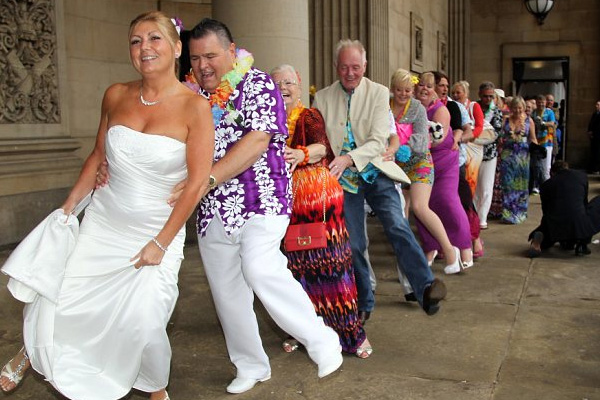 CATCH THE TAIL ON THE DRAGON:
To play this traditional Chinese game, think ‘Conga’. Everyone forms a line, with a head and a tail and everyone in between holding onto the waist of the person in from of them. Secure a handkerchief or scarf into the back pocket of the person at the back (the tail), then it’s the head’s job to lead the line in chasing the tail as they try to grab the scarf without anyone in the line becoming detached. The middle of the line, meanwhile, has to try to stop the head catching the tail. Once the tail is captured, the tail becomes the head and you start again. 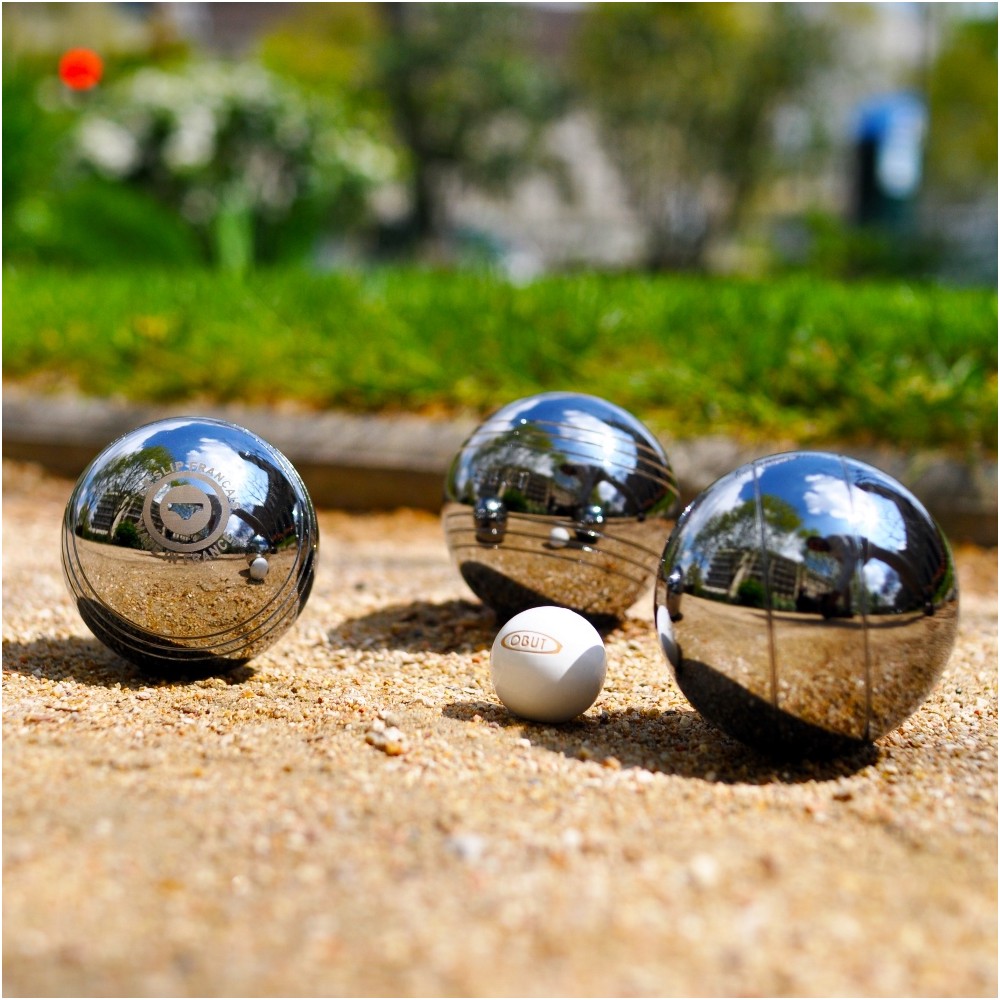 BOULES or PETANQUE:
Bring the flavour of continental Europe to your summer afternoon with the traditional French game of boules. Divide your guests into teams of two or three and see who can get their boules closest to the jack. It’s great for getting all ages involved – older guests are much more liable to be wily and see off their opponents’ boules – and before long they’ll all be asking for a proper draw with a proper championship final at the end. 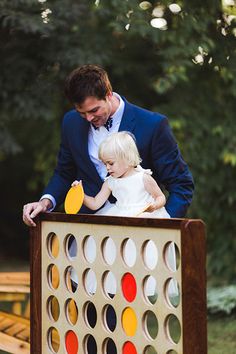 Younger players might need a hand, but you can guarantee there’ll always be an adult to show them how it’s done

GIANT CONNECT 4:
We don’t need to explain how to play this, surely everybody played Connect 4 as a child – now the giant version stands in the garden and boasts oversized counters, perfect for kids of all ages from the youngest toddler to the oldest granny. Play individually or as teams. Like the other games, it’s a great way of keeping your guests entertained while you’re off on a lengthy photographic session and they’re standing around not quite sure who to talk to or what to do. 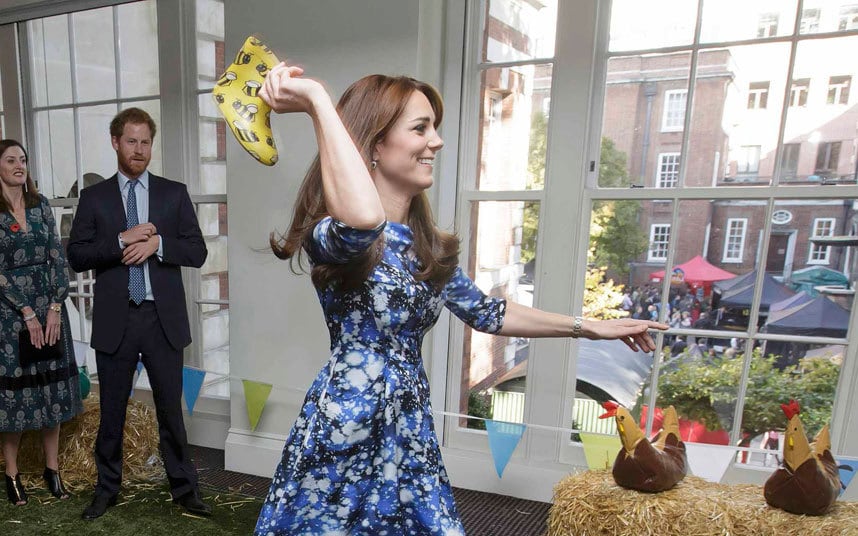 Rainbow wellies are not just for wanging…

WELLY WANGING:
Not strictly for the men, though they do like to demonstrate their superiority in this one. You just do what it says on the tin, see who can throw the welly the furthest distance. It is worth marking out an area (you don’t want stray wellies landing on unsuspecting guests) and the odd line on the lawn will give guests an idea of how far they can throw. An alternative is horseshoe tossing, which at least requires a certain amount of accuracy in getting the horseshoe as close as possible to a post stuck in the ground. 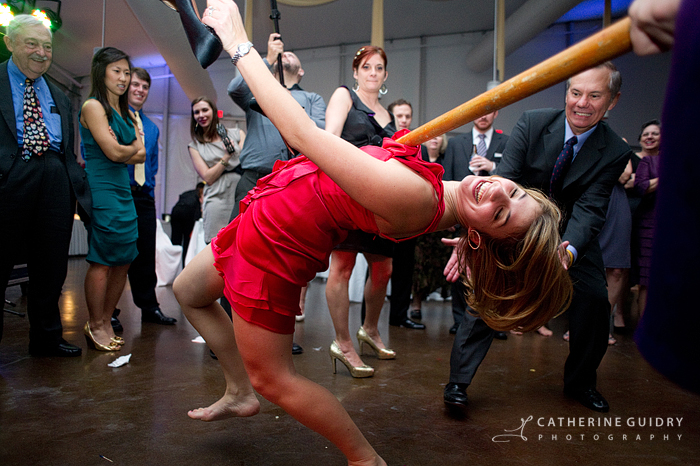 Everybody loves a limbo dancer

LIMBO CHALLENGE:
For the sake of providing a limbo bar and a couple of uprights to hang it on (or even people to hold it), you have a winning game. The idea, of course, is to pass under the bar with your back facing the floor. Nothing other than your feet may touch the ground and if you touch the bar or knock it off, you’re eliminated. After every round the bar is lowered a little and the winner is the contestant who outlasts everybody else. Add some rhythmic Caribbean music and the spectators will have as much fun as the contestants. 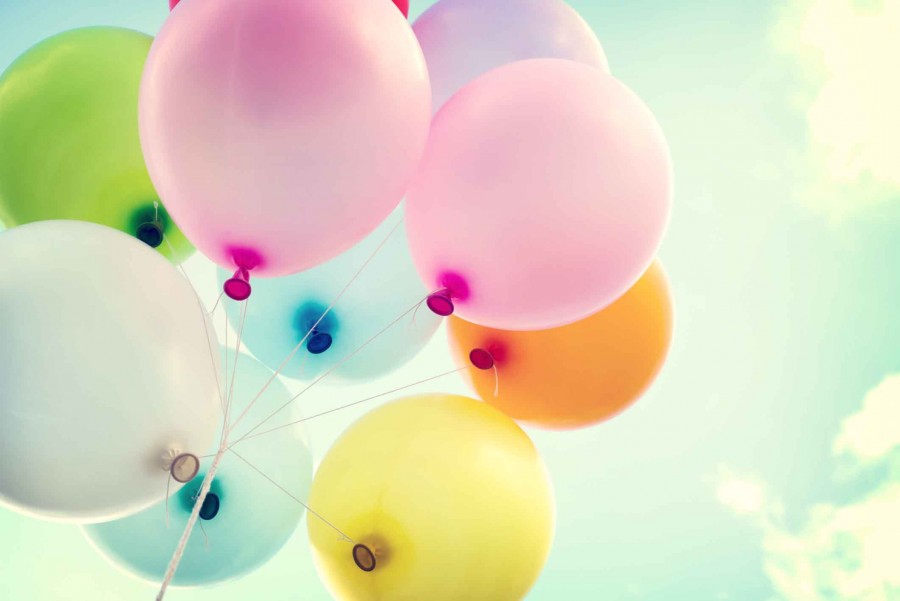 The sky’s the limit when it comes to balloon games

BALLOON BUST:
There’s no limit to the fun you can have with a few packes of balloons. Prepare a net of blown up balloons in your wedding colours and attach a 16-inch long string to each balloon. When you’re ready to play the game, tie a balloon to one ankle of each guest. Then, get everyone to run around trying to pop everyone else’s balloon while keeping their own intact. The last guest left with a fully blown up balloon is the winner. 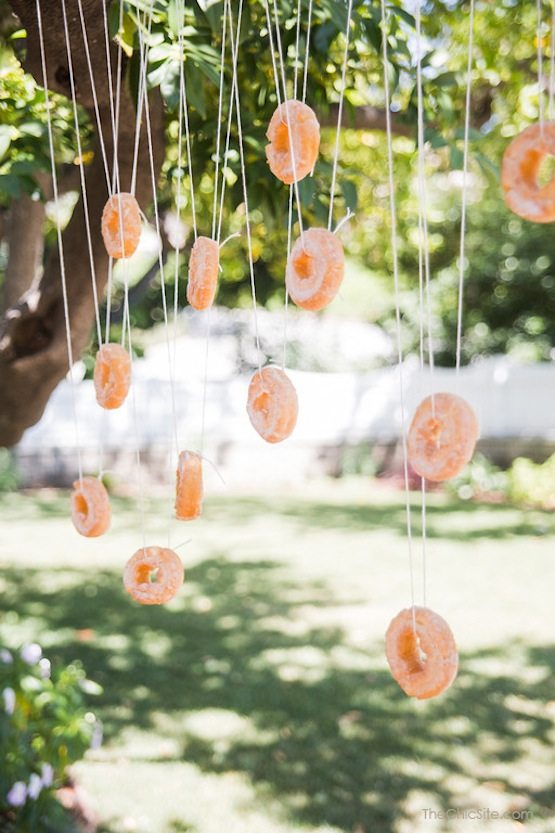 Tempting, tasty… and tons of fun

EAT THE DOUGHNUT:
The aim here is to eat a dangling doughnut with no hands! Simply hang doughnuts on strings from a handy branch or high structure, then off you go. You can play as individuals or in teams as a sort of relay race. Don’t play this before you eat or you’ll take the edge off your guests’ appetites – or too soon after the wedding breakfast or nobody will be hungry enough to want to play. And one more tip, have a supply of wet wipes handy for sticky faces! 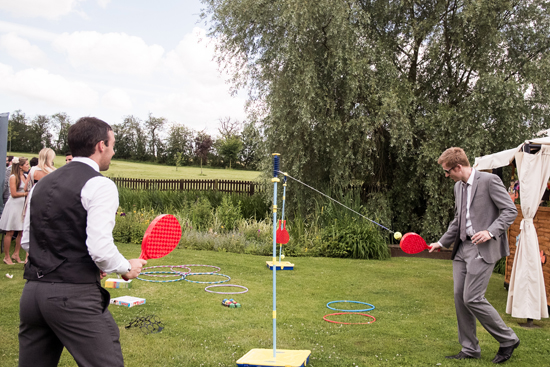 SWINGBALL:
A great way of letting off steam and working up a thirst, simply push the spiked post into the ground, position the ball tether in the middle of the post, supply your players with bats and the first person to get the tether to the top or bottom of the pole wins the game.

Don’t be surprised if Kanjam gets very competitive

KANJAM:
Played in pairs, the idea is to toss a disc into the slot in a large can or into or into the top of a large can. One partner tosses the disc, the other stands behind the can and is allowed to deflect the disc into it. Find some Frisbees and a couple of clean buckets and you can put together your own DIY version of the game.

Of course, there are hundreds of games you can play at your wedding, from a treasure hunt for wedding favours for small children to larger than life chess for adults. The only limit is your imagination. Whatever you do, you can be sure games are going to produce some pretty amazing photographs.
And, if you’re wondering who is going to have time to organise games at your wedding, we’d say the best man and the chief bridesmaid are prime contenders!

Make sure you always dnce together and you can't help but be happy! ... See MoreSee Less

When this happens, it's usually because the owner only shared it with a small group of people, changed who can see it or it's been deleted.
View on Facebook
· Share